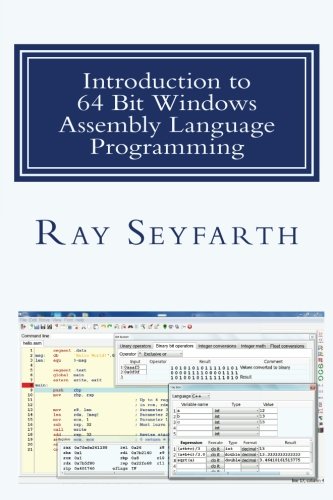 This book introduces programmers to 64 bit Intel assembly language using the Microsoft Windows operating system. The book also discusses how to use the free integrated development environment, ebe, designed by the author specifically to meet the needs of assembly language programmers. Ebe is a C++ program which uses…

This book introduces programmers to 64 bit Intel assembly language using the Microsoft Windows operating system. The book also discusses how to use the free integrated development environment, ebe, designed by the author specifically to meet the needs of assembly language programmers. Ebe is a C++ program which uses the Qt library to implement a GUI environment consisting of a source window, a data window, a register window, a floating point register window, a backtrace window, a console window, a terminal window, a project window and a pair of teaching tools called the “Toy Box” and the “Bit Bucket”. The source window includes a full-featured text editor with convenient controls for assembling, linking and debugging a program. The project facility allows a program to be built from C source code files and assembly source files. Assembly is performed automatically using the yasm assembler and linking is performed with ld or gcc. Debugging operates by transparently sending commands into the gdb debugger while automatically displaying registers and variables after each debugging step. The Toy Box allows the use to enter variable definitions and expressions in either C++ or Fortran and it builds a program to evaluate the expressions. Then the user can inspect the format of each expression. The Bit Bucket allows the user to explore how the computer stores and manipulates integers and floating point numbers. Additional information about ebe can be found at http://www.rayseyfarth.com. The book is intended as a first assembly language book for programmers experienced in high level programming in a language like C or C++. The assembly programming is performed using the yasm assembler automatically from the ebe IDE under the Linux operating system. The book primarily teaches how to write assembly code compatible with C programs. The reader will learn to call C functions from assembly language and to call assembly functions from C in addition to writing complete programs in assembly language. The gcc compiler is used internally to compile C programs. The book starts early emphasizing using ebe to debug programs. Being able to single-step assembly programs is critical in learning assembly programming. Ebe makes this far easier than using gdb directly. Highlights of the book include doing input/output programming using Windows API functions and the C library, implementing data structures in assembly language and high performance assembly language programming. Early chapters of the book rely on using the debugger to observe program behavior. After a chapter on functions, the user is prepared to use printf and scanf from the C library to perform I/O. The chapter on data structures covers singly linked lists, doubly linked circular lists, hash tables and binary trees. Test programs are presented for all these data structures. There is a chapter on optimization techniques and 3 chapters on specific optimizations. One chapter covers how to efficiently count the 1 bits in an array with the most efficient version using the recently-introduced popcnt instruction. Another chapter covers using SSE instructions to create an efficient implementation of the Sobel filtering algorithm. The final high performance programming chapter discusses computing correlation between data in 2 arrays. There is an AVX implementation which achieves 20.5 GFLOPs on a single core of a Core i7 CPU. A companion web site, http://www.rayseyfarth.com, has a collection of PDF slides which instructors can use for in-class presentations and source code for sample programs. 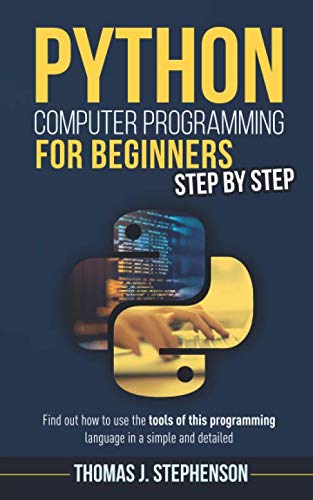 Do you want to learn how to use python quickly and easily?Do you think you are unable?Great! This is… 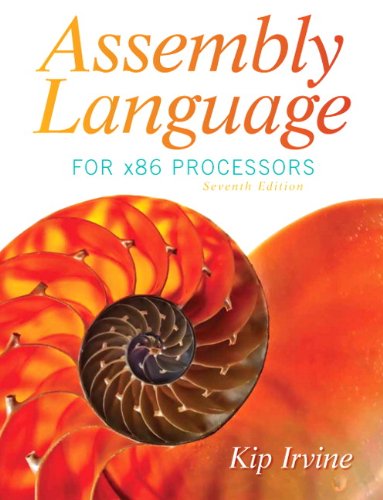 Assembly Language for x86 Processors, 7e is intended for use in undergraduate courses in assembly language programming and… 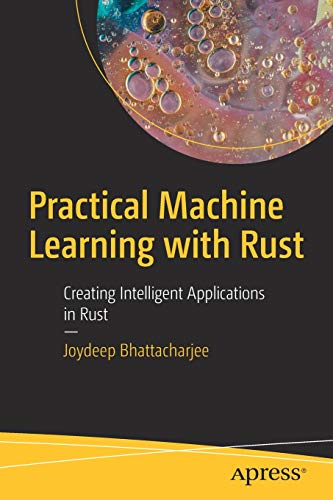