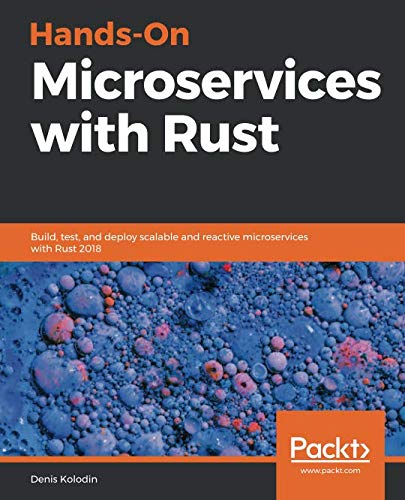 Microservice architecture is sweeping the world as the de facto pattern for building web-based applications. Rust is a language particularly well-suited for building microservices. It is a new system programming language that offers a practical and safe alternative to C.

This book describes web development using the Rust programming language and will get you up and running with modern web frameworks and crates with examples of RESTful microservices creation. You will deep dive into Reactive programming, and asynchronous programming, and split your web application into a set of concurrent actors. The book provides several HTTP-handling examples with manageable memory allocations. You will walk through stateless high-performance microservices, which are ideally suitable for computation or caching tasks, and look at stateful microservices, which are filled with persistent data and database interactions. As we move along, you will learn how to use Rust macros to describe business or protocol entities of our application and compile them into native structs, which will be performed at full speed with the help of the server’s CPU.

Finally, you will be taken through examples of how to test and debug microservices and pack them into a tiny monolithic binary or put them into a container and deploy them to modern cloud platforms such as AWS.

This book is for developers who have basic knowledge of RUST, and want to learn how to build, test, scale, and manage RUST microservices. No prior experience of writing microservices in RUST is assumed.